As we move closer to the start of tryouts and beginning the process of being back in ImOn Ice full-time I want to give a quick update on our ice status here. As of now, they are projecting we will have the Olympic ice sheet back up and running on August 19, 2021. We will operate with the single sheet until September 27. While running of one sheet there is a balance with all the other ice users that we will be juggling. Our projected start dates are as follows, but this can change:

8U Travel Select week of October 4

I am in the process of finalizing the start of IP and RYHL as well. With that timing of the OLY rink and NHL rink being later than expected we are working closely with ImOn Ice Arena to finalize all details. The goal is to have a projected practice schedule, start of IP & RYHL all to be completed by the end of the day today.

Be sure to register before the end of the Early Bird Travel Season tuition on Sunday, August 8. Starting Monday, August 9, 2021 the tuition increases $200 for the season. This 1st deadline is coming quickly.

All the end of year awards have arrived and are available for pick up.

What is the General Fund?

Over the past month, as we have moved through the planning of the Golf Tournament, I have received the questions of “what the General Fund is” and “how it impacts my player”. The General Fund is used for anything that assists in the growth and improvement of the club that is not in the year’s budget. Here are some of the items and additions we have used the General Fund for over the past few years:

We will be offering the option to buy Warrior Gloves this year and the same bags as previous years. The switch from CCM to Warrior this year is caused by the labor and material shortage that the pandemic has caused. We will have an order coming out soon. The online store is in the process of being built, however, much like the gloves through CCM with the pandemic causing labor and material shortages some items with Under Armor are on back order. With that said, we are working on building of an online store that has items in stock and ready to go.

We are in the process of finalizing teams and sponsors and are in the last week of our push for this. We need everyone’s assistance in sharing our social media posts, forwarding and sharing emails, sharing the flyer with their friends, family, employers, and anyone else that loves to golf while supporting our club. Over the next several days we will be pushing out information on all media outlets so be on the lookout for that. Furthermore, if you are interested in playing, but you don’t have a team please still register to play as we are receiving individual and pairs signing up as well.

Our Director of Goaltending, Jake Stack, and his band will be playing at the end of the tournament. Even if you are not there for the golf, come out grab dinner and still support the Club and Coach Jake’s band The Unincorporated. The ultimate goal of the Golf Tournament is to bring the community together in a way to celebrate RRHC while just another opportunity to spend time with our great families and community supporters.

The Golf Tournament Committee is also seeking volunteers to assist during the actual event. Anyone willing to be a part of this 1st annual event is welcomed to sign up. This can be done below:

Once you sign up to volunteer one of the committee members will be in touch with timing and assignments for the 22nd outing. 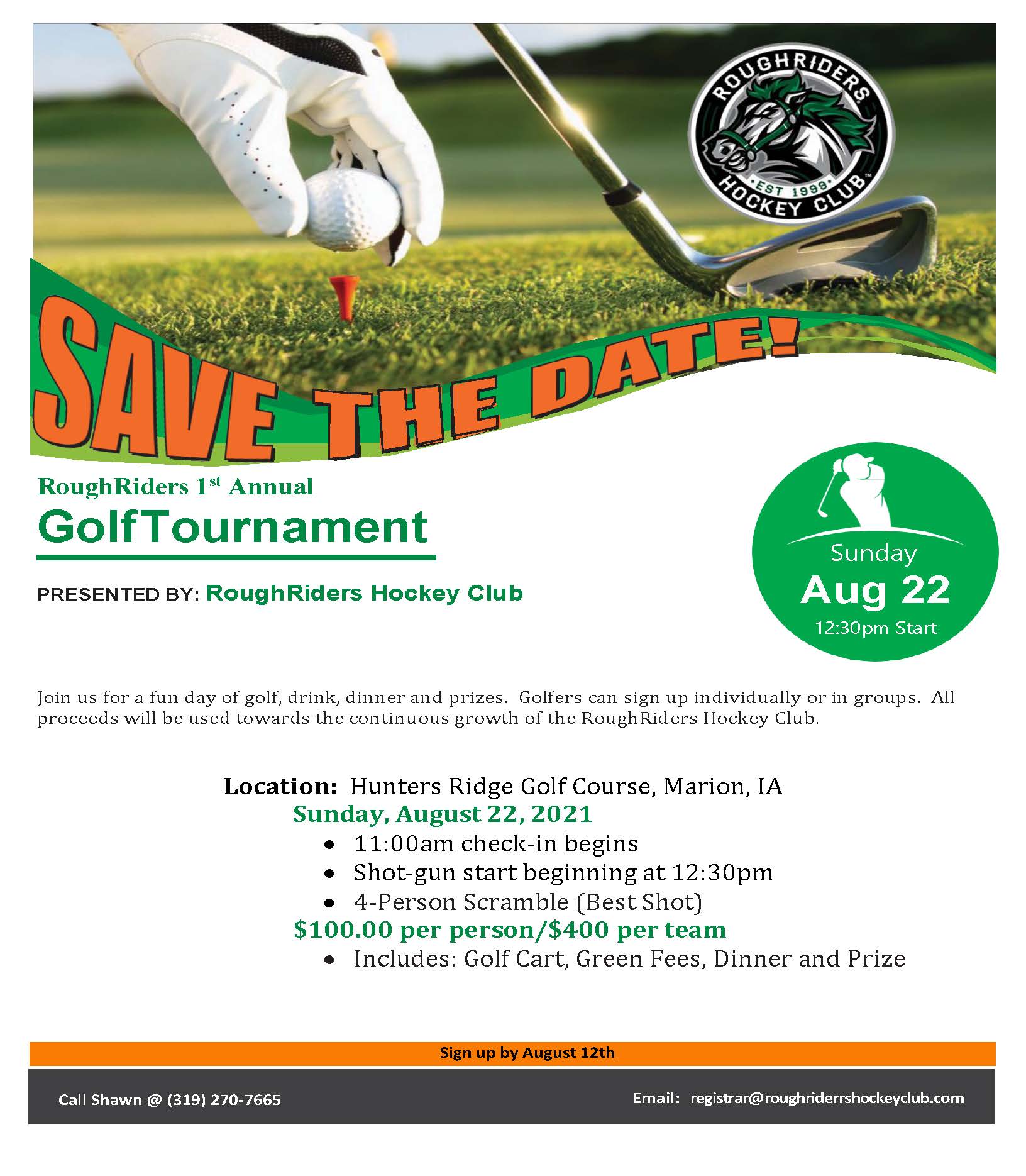 This year’s State of Annual Membership Meeting: State of RRHC Address will take place on Saturday, August 21 @ 9:00am @ ImOn Ice Arena. The meeting’s agenda will address, but not limited to the following:

There will also be ice available for the players and family to skate from 9:00-10:00am as well. This is an open skate not a stick time. Friends and other family welcomed!

Last night our Executive Board of Directors Approved the year’s Advisory Board.

I am still in the process of adding 2 more positions to the Advisory Board of Directors for the upcoming season. These will be announced, hopefully, in Monday’s Director Udpate.

An update on scheduled starts, and registration should be available by the end of the weekend. Thanks for your patience as we work closely with ImOn Ice Arena management to get the August and September schedules finalized. 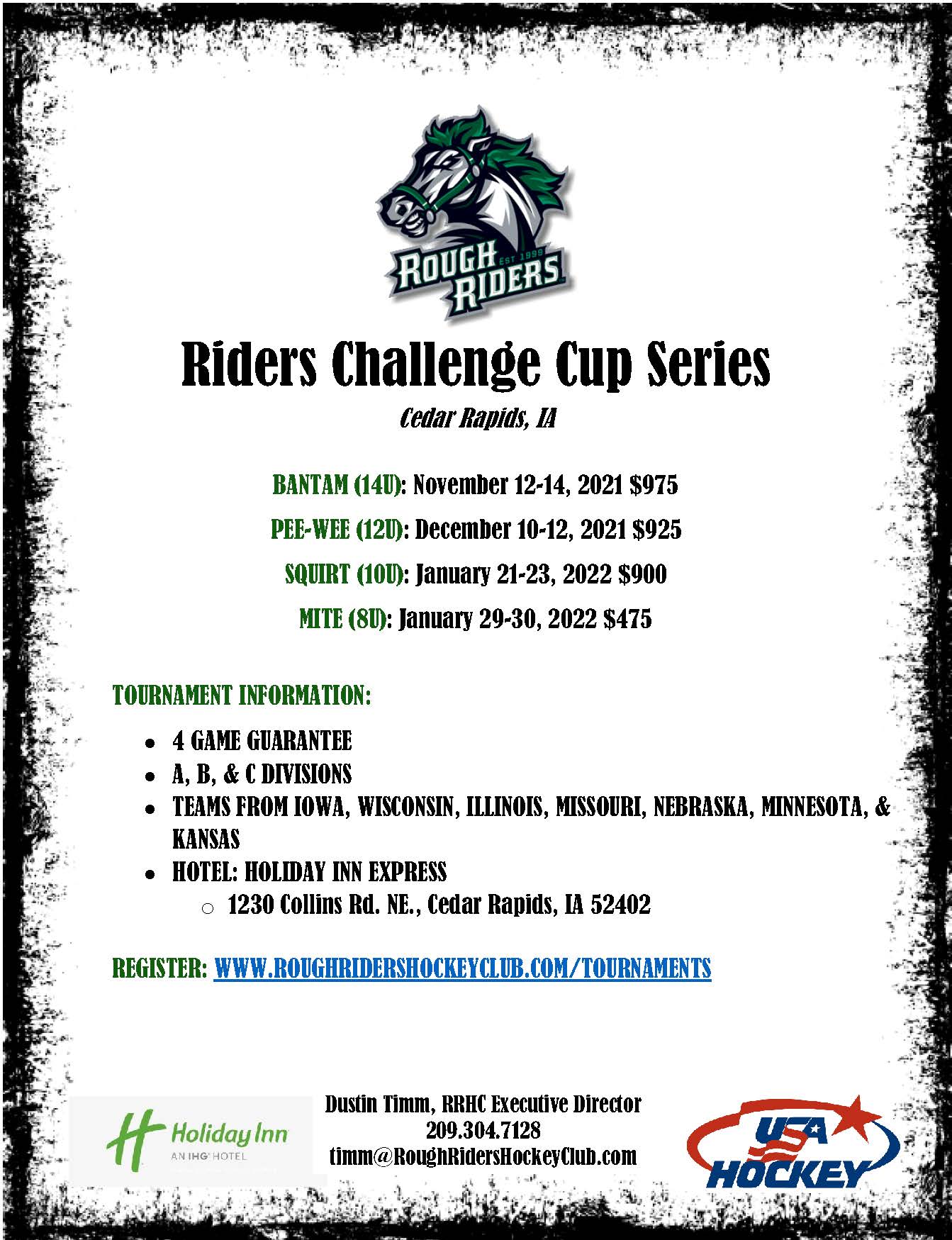